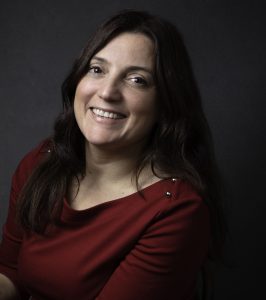 She began her career in the film industry, where she went from prop girl to film producer and director, where she specialised in social justice documentaries. Her favourite film in her filmography is “El Milagro”, a documentary about child exploitation which was distributed internationally and won “Best Documentary” at the Oregon International Film Festival. Advocating for children’s rights and education has been central to her career and being able to tell the stories in this film helped many children across the globe.
Aina has a wealth of teaching experience which ranges from teaching primary aged children to lecturing at university. She loves the challenges that come with teaching but most importantly she loves finding creative ways to engage students and teach them through emotion. To prove that this was a valid means of educating, Aina founded and ran a language school based on this idea in her hometown of Palma de Mallorca, where it is still running to this date.
Aina wishes to bring this experience and background to Razzamataz Oxford.

Did you know that we're award winning?